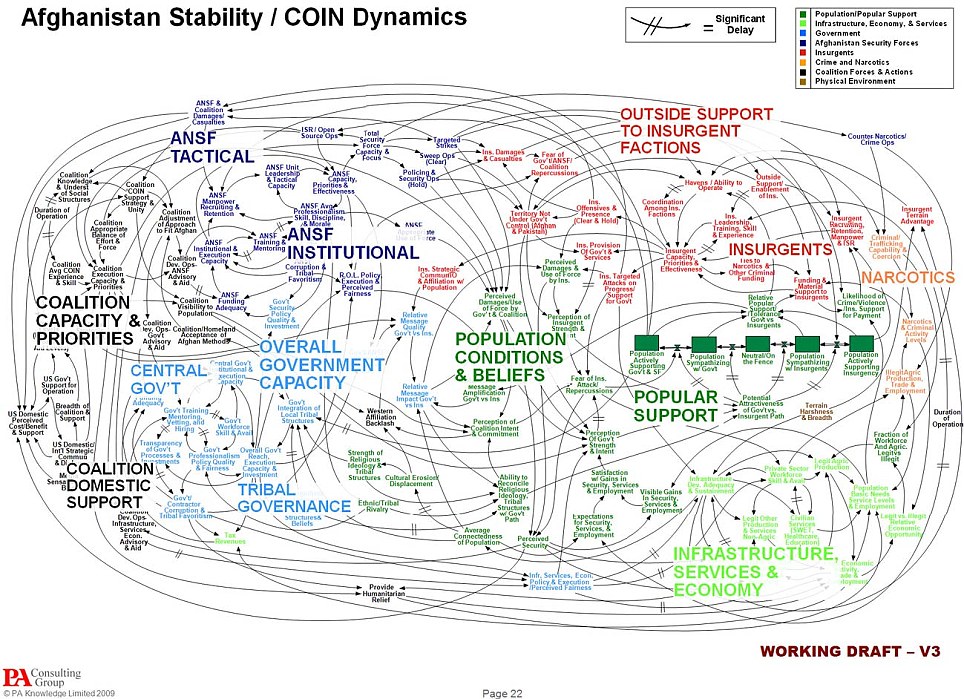 “When we understand that slide, we’ll have won the war,” General Stanley McChrystal, the US and NATO force commander, remarked wryly when confronted by the sprawling spaghetti diagram in a briefing. via Afghanistan PowerPoint slide: Generals left baffled by PowerPoint slide | Mail Online.

PowerPoint and other graphic presentations should help communicate your message simply so that others can understand it. This example did teh exact opposite and confused people. Sometimes you have to break down complicated topics into their simple forms and approach them one piece at a time until they can be understood.