In grad school, I studied Qualitative Analysis under Dr. Shirley Drew at Pittsburg State University‘s Communication Department. Below is the second part of my response to a final question about qualitative analysis in the field. 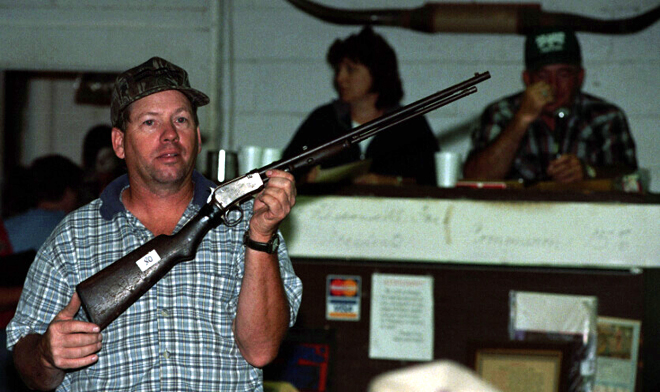 I conducted a qualitative study of the communication and community at an auction house located in Columbus, Kansas during the fall semester of 2001 at Pittsburg State University. This study took me on a journey through the qualitative approach to research. As a journalist I had performed similar observations and interviews, but never before had I the freedom to involve myself in the event and the written evaluation of that event so freely. While I was cautious at first, I came away with a better understanding of the usefulness of this qualitative approach to research. Besides the understanding of this approach, I also found a research method that melds well with my experiences as a journalist and one that I am sure to use again.

As with any inductive study, I began with the general question of what it is that draws people to auctions and entices them to hang out there. In developing this general question I started with my own interest in auctions and the remembrance of my great uncle who was deaf but enjoyed attending auctions simply for the fellowship and pie. By maintaining a general purpose, the qualitative approach allowed me the flexibility to examine aspects of the auction community that I had not thought about when I first began my study. By the end of my evaluation of the data, I recognized the status hierarchy that develops within the auction house (including lookers, bidders, and veteran bidders), the value of place as part of a community, humor as an aspect of auctions, and the camaraderie that develops between auction attendees based on shared and similarity of experiences.

My study began with the basic question noted above. Then I started looking for a site to conduct my study. After locating the auction house, I received approval from the owner and went about establishing a research presence as a participant-as-observer. As I participated, I used observation as my major source of data collection but also included numerous informal interviews and conversations. All of these observations and interviews I recorded in my field notes for later evaluation.

While qualitative research openly recognizes its own subjectivity, this was difficult for me, as an attempting-to-be-objective journalist, to accept that I could be so directly involved. As I followed the research model and became involved myself, I gathered valuable data simply from being one of the participants myself by bidding, hanging out with the other bidders, and asking lots of questions. I also made photographs of the people and scenes at the auction house. These were later used to help explain the environment of the auction to those to whom I presented my paper. All this, was part of my data collection. I also collected complementary information from the literature about culture, community, humor, and socialization.

Once my set time of field research ended, I exited from the field portion of research and focused on evaluating and finding trends in the field notes, artifacts and data that I’d gathered. As I evaluated the data I began to see the trends that help make the Columbus Auction what it is socially.

In my paper, which I titled, The Auction House Social Club, I noted how the people who go to the auction develop relationships over long-term attendance and their activities there establish their place in the hierarchy as listed earlier. I left this study feeling I answered many of my questions about what it is that people find at auctions and what keeps them coming back. As I’d suspected, it wasn’t the mere experience of purchasing items (Although it is a thrill and another study may find that the challenge of beating someone else while trying for the best price may draw some people to auctions.). Rather, it was the community that is found there. Although many of the participants might not have realized it, they had developed their own culture, (with humor, place, artifacts, legends, stories, villains, etc.) their own environment, their own gravity or momentum toward bringing people together for socializing and commerce both. Held every Monday afternoon, the Auction House has indeed become a type of social club.

If I were to do this study again, I would make a few changes. I would maintain the same methods but be more efficient about them. In this study I feel like I had to skim over some vital aspects simply because I had not realized their importance at the time. One example is that I could only mention briefly the groups of men who sit around and talk while the auction is proceeding. I would spend more time listening in and talking with them. I would also try to look more at the topic of humor which I noted in the auctioneers’ songs but did not have enough data to elaborate upon very much. I would maintain the methods of observation, interviews, field notes, and tape recordings. For qualitative and ethnographic-type research, I feel these methods are successful and efficient because the data they recover is useful in this flexible approach to research.

These “tools” allow flexibility for the researcher to discover new things that were not known at the beginning. However, I would reconsider whether the photography brought too much attention to myself as an outsider.

Overall this research project helped to broaden my horizons about a new, though subjective, method of study.

All references used in the study referred to above are listed at: http://drypixel.com/159/auction-house-social-club-references/